Up-and-coming actor Abigail Noggle landed her first starring role this summer. She is performing daily in a new play at a popular Devon seaside resort, but made time to answer a few questions. 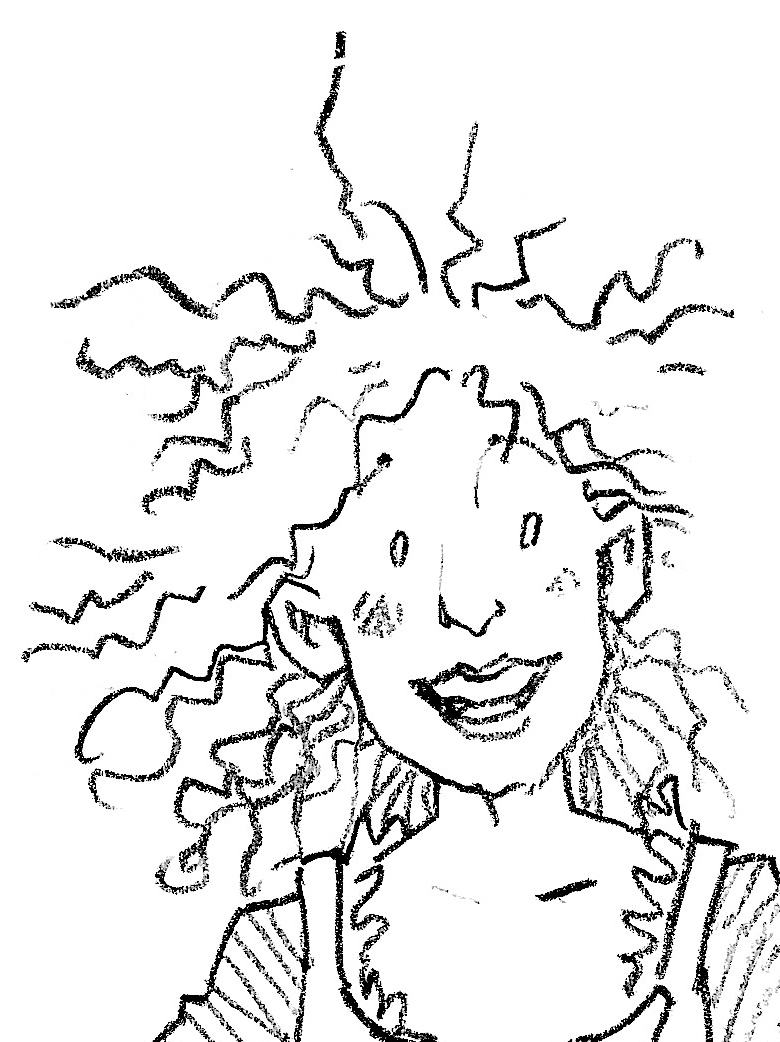 The ghost that haunts the Hotel Splendid is your first big role. How did you prepare for the part?

I was born to play this role, darling. I'm very grateful to the director, Ana Sharma, for seeing my potential and giving me this opportunity. Ana worked closely with me during the rehearsal process, giving me advice and encouragement. Many performers have a lucky charm or ritual – putting on lucky socks or eating a lucky shepherd's pie before going on stage. Before each performance, I like to do a lucky scream.

Critics have described your performance as 'spooky' and 'mournful', yet in real life you seem to be a very down-to-earth and cheerful person.

When I'm in character, I am the ghost that haunts the Hotel Splendid. I have the most wonderful supporting cast and technical crew who help to create that eerie atmosphere. But when the performance is over, I'm just plain old Abigail Noggle again. I'm not the sort of person who craves attention and praise – I'm perfectly happy hanging out with my friends, just relaxing in between my acclaimed performances in the most successful show on the promenade.

You've received national recognition for your performance. What's next? Do you have any ambitions?

It was a lifelong ambition of mine to appear in the West End or on Broadway. I'm always open to new experiences and fresh challenges.

What was your favourite pizza topping?

The clattering of ancient bones and
Horses' hooves upon the road has
Echoed through the centuries and
We've been trembling at the knees.
In ballads, books and now on blogs, a
Campfire tale of fiend and dog is
Kept alive from year to year and
Even other ghosts have feared the
Dreaded lady coming near.
Lately, though, she came this way
And stopped her coach outside to say
Do please step in with me and ride. Oh
Yes! her spooky friends replied.